Best Solution for Converting AGVS for Decades of Reliable Use 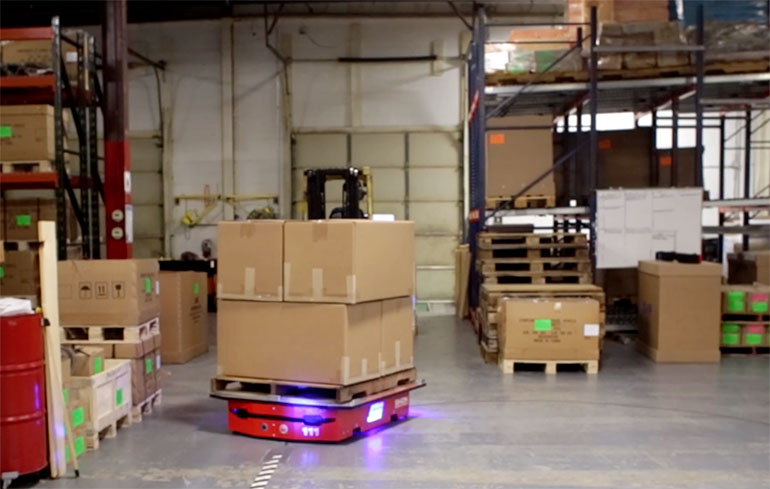 AGVs (Automated Guided Vehicles) have become a standard means of transporting materials within a facility. The overwhelming issue has been the “cost of ownership” , converting AGVs, and reliability. Most organizations underestimate the amount of increasing maintenance resources and redundancy that is required to keep their AGV system.

A major AGV supplier states that the “norm” for AGV serviceability is “7-10 years in most industrial applications” at which time the AGV owner will experience “significant increased maintenance cost.”  If the AGV owner decides to rebuild or refurbish the aging units, this “generally costs half the price of the new equipment and generally yields 5-7 more years of useful AGV life.”

SI Systems has a better solution: repurpose the AGV hardware with Towline conveyor.

A significant percentage of an AGV value is in the cost of the physical cart. The vast majority of the maintenance and reliability issues are with the drives and controls, not the cart. By integrating the AGV carts with the simplicity of a Towline conveyor’s drive and controls system, the benefits are significant:

Converting AGVs Ideal for All Types of AGV Vehicles

There are two basic types of AGV vehicles: “load carrying” and “tunneling.”

Load carrying AGVs “piggyback” the load directly onto the AGV so the AGV both bears the load and transports it.  In this case, SI will convert the AGV into a simple four-wheeled “cart” by removing the AGV’s driving mechanisms, add a towpin and guidepin to the unit, and transport it with a reliable, low-maintenance SI Systems’ Towline conveyor.  All other features such as tooling and fixtures typically can be reused “as is.”

Tunneling AGV conversion is even easier.  With a tunneling AGV, a standalone four-wheeled dolly supports the load and the AGV only propels it.  With this version, the AGV hardware can simply be discarded and the remaining dolly is converted in a Towline cart with the addition of a towpin and guidepin.

This conversion allows organizations to recoup a significant portion their investment while eliminating their increased maintenance costs.

The bottom-line is that your SI Systems AGV-to-Towline conveyor conversion will be more productive, more reliable, provide a better bottom line and certainly less headaches!